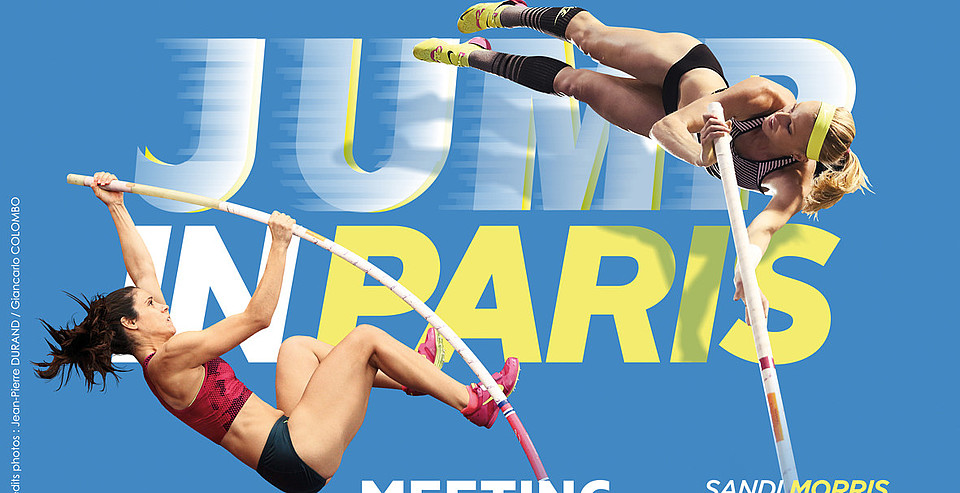 The Greek and the American are neck and neck. The MEETING DE PARIS, on Saturday 24 August, might well enable them to score a few more points one month prior to the Worlds.

The men’s pole vault competition is used to taking centre stage at the MEETING DE PARIS thanks to Renaud Lavillenie, hero to the French fans. However, the women’s competition is worth more than a cursory glance this year too with the high-altitude duel between Katerina Stefanidi and Sandi Morris. The Greek and the American have been embroiled in a battle at the summit for several seasons now. In their face-off, the scales are tipped in favour of the former with a cushion of five successes (16 to 11).

In terms of personal best performances, the reverse is true. Sandi Morris is dominating Katerina Stefanidi thank to a jump of five metres, which equates to nine centimetres higher than her rival. It’s also the representative of the star-spangled banner who holds the title of best performance in the world this year after soaring to 4.85m at the Trials in Des Moines, some two centimetres higher than Stefanidi. This domination does not translate to the winners’ list however, as it’s the Greek who has amassed a string of honours. She was crowned Olympic champion in 2016 in Rio and world champion in 2017 in London, competitions which saw the American having to make do with silver each time.

The latter would really like a shot at reversing the trend at last. She has the edge in the first part of the season, since a first place in Paris, on Saturday 24 August, would give her a third victory in the IAAF Diamond League following on from Rome and Rabat. However, the Greek, who won the title in her national championship, has not had her final say. With a little more than a month until the world championships in Doha, it’s the perfect opportunity to gain a slight psychological edge.