Paris: The Boss On Home Soil 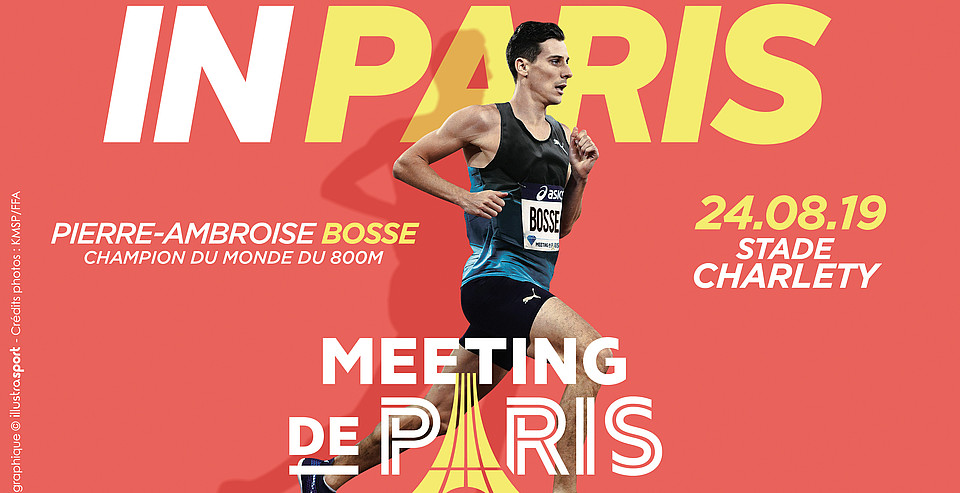 A very familiar face at the Meeting de Paris, where he’ll be lining up for the sixth time in his career, Pierre-Ambroise will make the most of the Parisian meeting to have one last practice run before he goes off to Doha to defend his world champion title in the 800m. An opportunity not to be missed.

His presence in competition is rare. Just four appearances last year before setting a course for the European championships in Berlin, and just two so far this year. As such, spectators at the Meeting de Paris 2019 will be in for a special treat as they’ll have the opportunity to see Pierre-Ambroise Bosse in the flesh and in action. A master strategist, the world champion in the 800m knows how to prepare for major events, without revealing his cards too much to his adversaries. As such, the Meeting de Paris will be a full-scale dress rehearsal for him before the world championships in Doha, where he’ll defend his crown in late September – early October. Naturally, he’ll have the full support of the crowd.

On the brand new track in the Charléty Stadium, the middle-distance runner from Lille Métropole Athlétisme will have a race specially set up for him. Even though he’s never won the event in his past five participations (his best place is 4th in 2014), the French record holder has fond memories of the Diamond League leg in the French capital, as it’s here that he secured his selection for the world championships in London in 2017, an event he went on to win thanks to a stroke of tactical genius in the finals. Are we in for more of the same in 2019?