Photo of the Year: The Winners 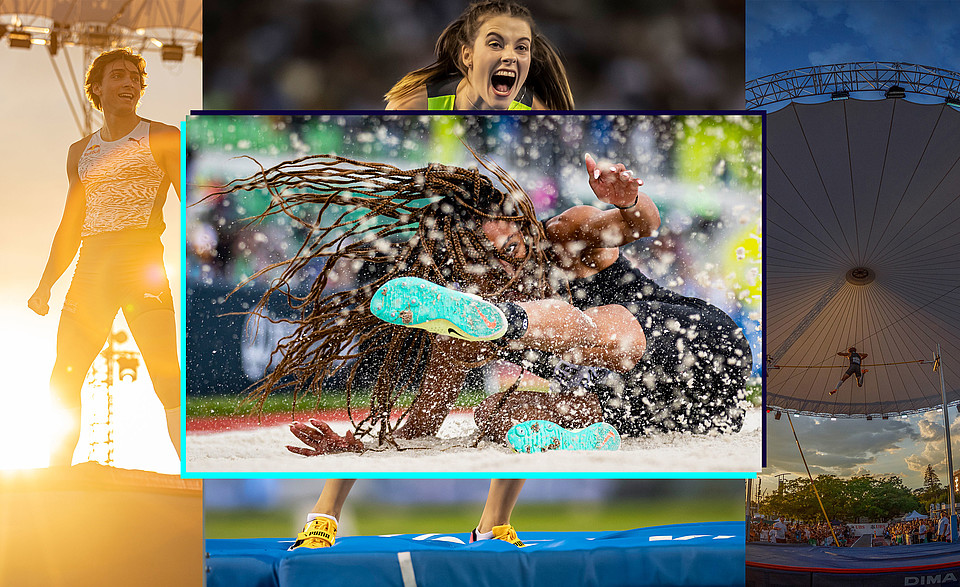 From Mondo Duplantis' sizzling 6.16m jump in Stockholm to Marie-Josée Ta Lou's tears at the African record in Monaco, the 2022 Wanda Diamond League season delivered a number of iconic images which will go down in the annals of athletics' most prestigious one-day meeting series.

Over the holiday season, we've been out to crown the very best photograph of the year, with dozens of photographers entering their favourite snap from the 13 Diamond League meetings.

After narrowing it down to a shortlist of ten photos, we put the final decision to a vote, combining the results of an internal panel of experts with those of social media users on Facebook, Twitter and Instagram.

Click here to see the full shortlist of ten photographs from the 2022 season.

The results are now in, so here's who made the podium in the Wanda Diamond League Photo of the Year in 2022:

Ukraine's Yaroslava Mahuchikh celebrates clearing a new personal best of 2.05m in the women's high jump at the Allianz Memorial Van Damme in Brussels. Mahuchikh would go on to attempt the world record later that evening before winning her first ever Diamond League title in Zurich a week later.
Photographer: Gary Mitchell

Mondo Duplantis celebrates after setting a new meeting record of 6.10m in Lausanne, one of five meeting records he broke en route to his second successive Diamond Trophy in 2022.
Photographer: Chiara Montesano

Tara Davis lands in the pit in the women's long jump at the Prefontaine Classic in Eugene. The American finished third with a season's best of 6.73m behind Nigeria's Ese Brume and Sweden's Khaddi Sagnia.
Photographer: Howard Lao