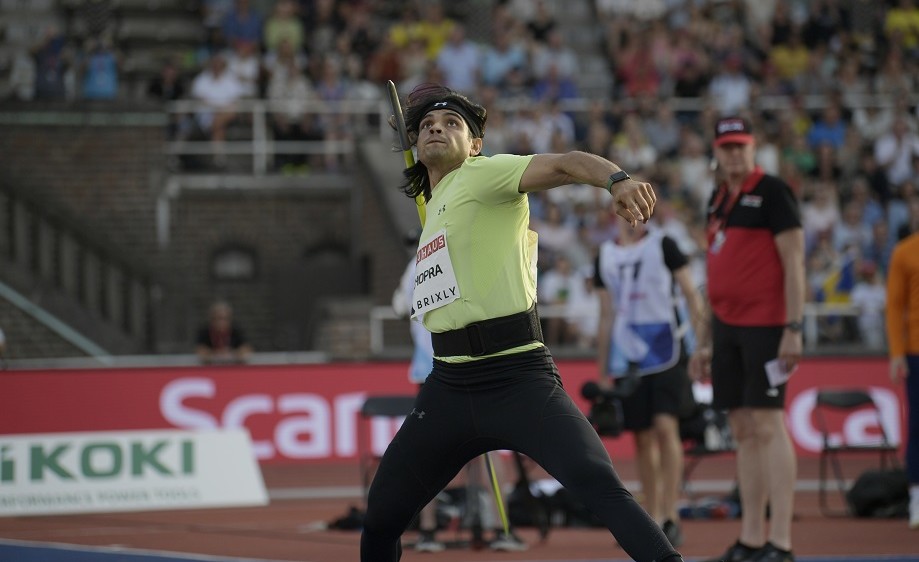 The men's javelin Olympic champion finally picked up his first ever Diamond League title in 2022, becoming the first Indian athlete ever to win the Diamond Trophy.

It took Neeraj Chopra nine attempts to win a Diamond League meeting, but when he finally did, there was no stopping the Indian javelin star.

One of the undisputed stars of his discipline, Chopra began the 2022 season with no shortage of major titles to his name. He was crowned Asian Champion in 2017, Commonwealth champion in 2018 and Olympic champion in 2021, yet one thing had always eluded him: a victory on the athletics most prestigious one-day circuit. In seven Diamond League appearances, he had never managed to finish higher than second place.

As he returned to Wanda Diamond League action last summer, Chopra was determined to set the record straight. Following a long injury setback in 2019, the Indian's star had been rising steadily once again and after his gold medal in Tokyo, he was among the firm favourites for both the Diamond League and world titles in 2022.

He began the summer in fine form with a national record of 89.30m in Finland, before heading to Stockholm just a few days later to launch his Wanda Diamond League campaign

Up against the likes of Anderson Peters and two-time Diamond League champion Jakub Vadlejch, Chopra got off to a flying start as he smashed the national record once again with his very first throw with 89.94m. Yet he had to make do with second place once again after Peters cleared the 90-metre-mark in the third round.

It was the same story at the World Athletics Championships in Oregon a few weeks later, with Peters clearing 90 metres again to take the gold medal. Chopra settled for silver, becoming only the second Indian athlete ever to win a medal at the World Championships.

By the time he rocked up in Lausanne in late August, however, Chopra was done with finishing second. Having shaken off a niggle which had seen him miss the Commonwealth Games, the Indian launched a huge 89.08m in the first round to finally break his Diamond League duck and secure qualification for the Wanda Diamond League Final in Zurich.

"I was a bit nervous after coming back from injury," said Chopra at the Stade de la Pontaise. "Tonight has given me a lot of confidence to finish the season on a high, with a strong performance in Zurich."

On his return to Switzerland a fortnight later, Chopra delivered on that promise. Once again, it was his first legal throw which saw him to victory, with the Indian marking 88.44m in the second round after a first round foul to establish an unassailable grip on his first Diamond Trophy.

Only his second ever win on the circuit, Chopra's first title was not just a watershed moment for himself, but also a historic achievement for his country. Victory in Zurich made him the first Indian athlete ever to be crowned Diamond League champion.