Tamberi and Barshim reunited in Rome 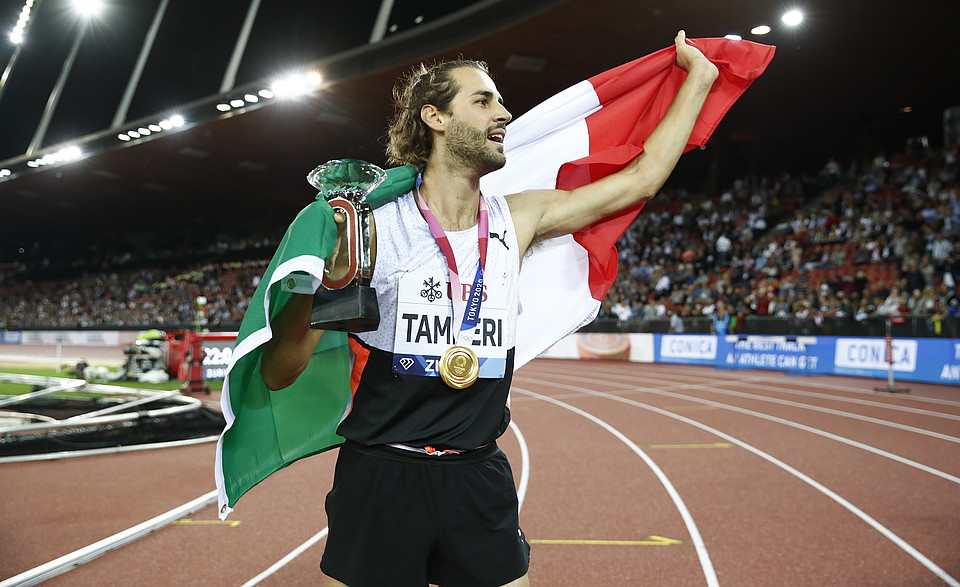 Gianmarco TAMBERI from Italy celebrates after winning the high jump men final at the Diamond League track and field meeting in Zurich on September 9, 2021.

Joint Olympic gold medallists Gianmarco Tamberi and Mutaz Essa Barshim will renew their rivalry and their friendship in the men's high jump at the fifth Wanda Diamond League meeting of the season in Rome next month.

High jumpers Gianmarco Tamberi and Mutaz Essa Barshim will be reunited on the runway a year on from their emotional joint triumph at the Tokyo Olympics when they do battle in the fifth Wanda Diamond League meeting of the season in Rome on June 9th.

Italy's Tamberi and Qatar's Barshim made Olympic history in the men's high jump last year, the two friends agreeing to share the gold medal after clearing the same height of 2.37m. Both men had supported each other through injuries in the previous years, and forged a unique friendship both on and off the track.

WATCH: Best of Gianmarco Tamberi in the Diamond League

Barshim will be hoping to win the Diamond Trophy for a fourth time this season, while Tamberi will be looking to defend the title he won in Zurich last year, when he was crowned Diamond League champion for the first time in his career just weeks after the emotional Olympic final.

The Italian competed only once during the 2022 indoor season, winning bronze at the World Indoor Championships in Belgrade, and is out to claim his first ever Diamond League win on home soil in Rome.