The Diamond League Stadiums: Part I 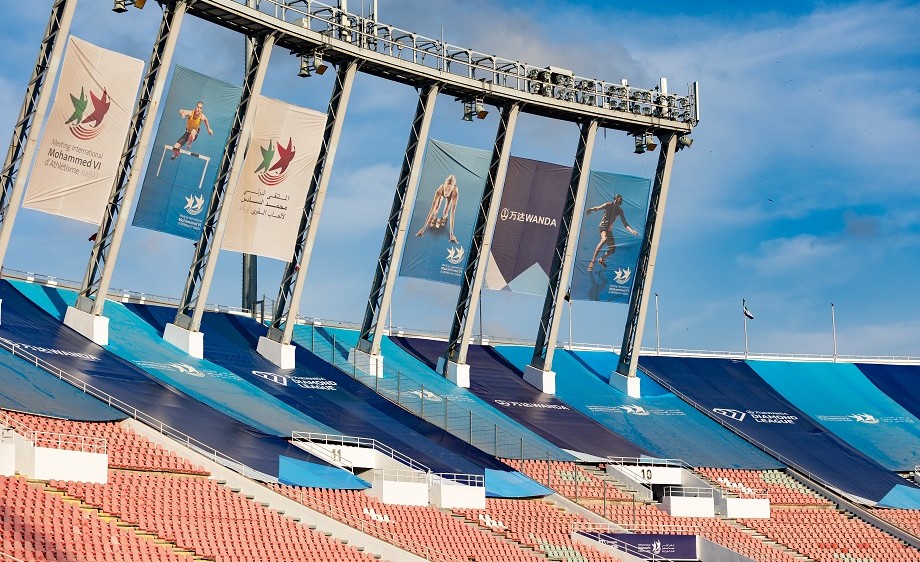 Everything you need to know about the 15 Wanda Diamond League stadiums ahead of the 2023 edition of track and field's most prestigious one-day series.

The Wanda Diamond League is back and bigger than ever in 2023, with the series set to tour 15 cities when it returns for its 14th edition later this year.

As athletes battle it out for points on the road to the series final at the new Hayward Field in Eugene, they will have the opportunity to compete at some of the sport's most famous venues in Asia, Europe, Africa and North America.

From iconic arenas soaked in Olympic and athletics history to state-of-the-art, modern mega-stadiums, every Diamond League venue has its own unique character and its own stories of world-beating performances. So as the clock ticks down to the season launch at Doha's Qatar Sports Club in May, here's a whistlestop tour of the 15 stadiums set to stage athletics' greatest one-day series in 2023.

The season launch returns to its traditional location in Doha this year, with the world's best athletes kicking off their Diamond League campaigns in the familiar surroundings of the Suheim bin Haman Stadium on May 5th. Better known as the Qatar Sports Club (which is also the name of its resident football club), the stadium was also used for the IPC Athletics World Championships in 2015. It invariably provides an electric atmosphere for the season launch, with both Qatari fans and those from Kenya and Ethiopia cheering on their athletes from the open, black and yellow stands.

The fact that it is often the first meeting of the season means that world leads often tumble in Doha, but the stadium has also seen its fair share of Diamond League records, including Abderrahman Samba's 47.57 on home soil in the 400m hurdles in 2018, and Thomas Röhler's 93.90m throw in the javelin a year earlier.

A sweeping, 60,000-seater stadium on the outskirts of the Moroccan capital, the Stade Moulay Abdellah has hosted a Diamond League meeting ever since Rabat joined the series in 2016. Home to 12-time Moroccan football champions AS FAR, it will also host the final of this year's FIFA Club World Cup next month. Even with Real Madrid in town, however, the football may struggle to match the atmosphere here at the last Meeting International Mohammed VI in 2022, where home hero Soufiane El Bakkali blew the roof with a world lead and meeting record of 7:58.28 in the 3000m steeplechase. The Moroccan star may well be in action again when the Rabat Diamond League returns on May 28th this year.

The Stadio Luigi Ridolfi is the home of athletics in Florence and will host a Diamond League meeting for the second time in three years when the Pietro Mennea Golden Gala returns to the city on June 2nd. With Rome's iconic Stadio Olimpico getting a lick of paint this summer, the Italian leg of the Diamond League will move once again from the capital to the city of the Renaissance, which provides a more intimate setting for the first European meeting of the 2023 season.

Nestled at the feet of the Tuscan hills to the east of the city, it is one of several venues which make eastern Florence one of the biggest sporting hubs in Italy: Fiorentina's iconic Stadio Artemio Franchi is just next door, while neighbouring district Coverciano is home to the Italian Football Federation. The Stadio Luigi Ridolfi is home to local athletics club Atletica Firenze Marathon and hosted a memorable night of Diamond League action in 2021, with Jakob Ingebrigtsen setting a European record of 12:48.45 in the men's 5000m.

Home to Paris' university sports club and located just a stone's throw from the city's most famous student housing complex, the Stade Sebastien Charléty is perhaps the only Diamond League meeting named after a historian an academic. The stadium, which was renovated in the 1990s, has hosted the Meeting de Paris since 2017, when the event moved from Saint-Denis to the south of the city. It has since hosted a string of record-breaking Diamond League performances, including Tobi Amusan's African record of 12.41 in the 100m hurdles last year.

One of the oldest stadiums on the Diamond League circuit, Norway's Bislett Stadion is also one of the ones with the richest athletics history, with its famous track having hosted no fewer than 70 track and field world records over the last century. As well as boasting a unique indoor warm-up track, is also one of several stadiums in the series with Olympic pedigree, having hosted the skating events at the 1952 Winter Olympics. Its days as an ice rink are now behind it, but Bislett remains the iconic home of Norwegian athletics, and has developed a reputation in recent years for launching local stars onto the international stage. In 2017, a little-known ex-decathlete called Karsten Warholm won the 400m hurdles at the Oslo Diamond League, to the delight of the home crowd. A few weeks later, he was the world champion, and in 2021, he returned to Bislett to smash the world record with an unforgettable 46.70.