Thompson-Herah, Stahl and Niyonsaba among title defenders in Rabat 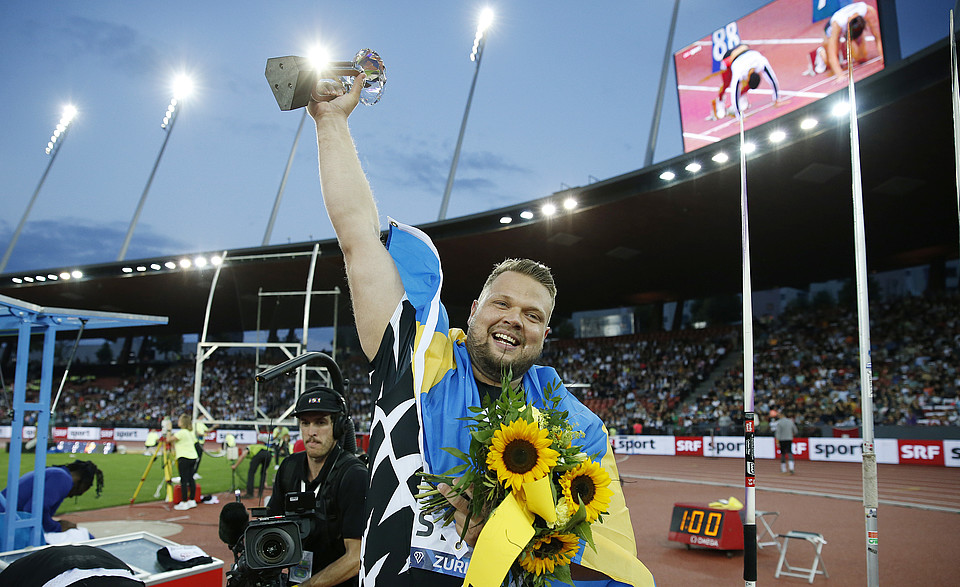 Daniel Stahl of Sweden reacts after winning in the Discus Throw Men event during the Weltklasse Zuerich, Diamond League meeting at the Letzigrund Stadium on Thursday, September 9, 2021 in Zurich, Switzerland. (Weltklasse Zuerich/Patrick B. Kraemer)

Reigning Diamond League champions Daniel Stahl and Francine Niyonsaba will continue their title defences at the fourth Wanda Diamond League meeting of the season in Rabat on Sunday.

Reigning Diamond League champions Elaine Thompson-Herah, Francine Niyonsaba and Daniel Ståhl are among the world class athletes set to battle it out for more valuable points at the fourth meeting of the season in Rabat this Sunday.

Niyonsaba became the first athlete from Burundi to win the Diamond Trophy with victory in the women's 5000m last season, after twice breaking the national record on her Road to the Final.

She returns to Diamond League action this weekend, looking to get early points on the board in her bid to qualify for this year's season finale in Zurich.

She will be joined on the track by fellow Diamond Trophy holder Elaine Thompson-Herah, who picked up her first Diamond League win of the season in Eugene last weekend.

The men's discus also features the reigning series champion, as Sweden's Daniel Ståhl looks to get his first win on the board after a clean sweep of four victories in four appearances on his way to the title in 2021.