Throws - What's At Stake In Birmingham And Paris 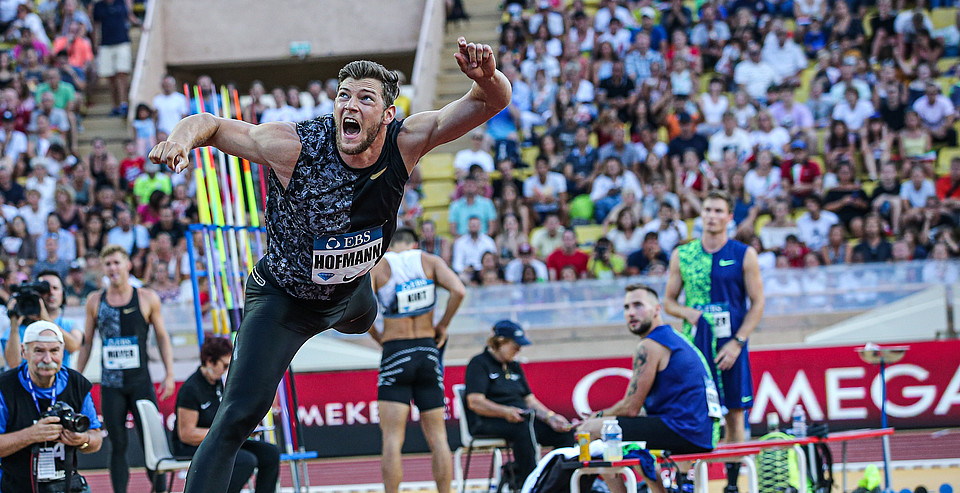 Will Jakub Vadlejch get a shot at a third Diamond Trophy in the men's javelin and can Mélina Robert-Michon use home advantage to muscle in on the women's discus final? There is still plenty at stake as the Road To The Final reaches its climactic phase in the throws in Birmingham and Paris.

2019 has proven to be a fascinating year in the throws so far, with fields more open than ever and several traditional hegemonies in danger of crumbling.

Chinese shot put star Lijiao Gong and Croatian discus legend Sandra Perkovic are among those who have not had quite such an easy ride as they have had in previous Diamond League seasons, and most of the throwing disciplines remain impossible to call a few weeks before the Diamond League Finals.

Before the finals themselves, however, there is a last chance for athletes to pick up points in Birmingham and Paris over the next week or so.

In the men's discus, women's shot put and women's javelin, the Road To The Final is already complete, and the full provisional list of finalists for these disciplines can be found on our standings page.

In the women's discus, men's shot put and men's javelin, meanwhile, there are still points and places in the final up for grabs in Birmingham and Paris.

Four men have already qualified for the Final in the men's javelin. Diamond Trophy holder Andreas Hofmann's two victories in Shanghai and Monaco leave him top of the table, while Chao-Tsun Cheng, Magnus Kirt and Thomas Roehler have all picked up enough points over three meetings to secure qualification.

Two-time Diamond Trophy winner Jakub Vadlejch has ten points to his name and will be confident of qualifying with a good performance in Birmingham, while Johannes Vetter's injury earlier this season means that his place in the Final is in doubt, despite victory in Oslo.

Another German, Bernhard Seifert, will be competing in Birmingham, and is hoping to to build on the two points he has picked up already to bust his way into the top eight. Two points short of a qualification place in ninth place, Seifert has a chance to leapfrog China's Qizhen Liu and reach the Final at the last.

The women's discus has been an all-Cuban affair so far, with Denia Caballero winning in Stockholm and Yaime Perez taking victory in Rabat. Six-time Diamond Trophy winner Sandra Perkovic has struggled to reestablish her former dominance after returning from injury, but nonetheless sits in third place after picking up ten points from the two meetings.

Not even those three favourites for the title have amassed enough points to qualify yet, and with the women's discus scheduled for both Birmingham and Paris, there are still eight places in the final up for grabs with a maximum of 16 points on offer for any single athlete.

That gives hope to France's Mélina Robert-Michon, who has only one point to her name so far, but will hope to climb into the top eight when she competes both in Birmingham and on home soil in Paris.

Germany's Kristin Prudenz can also still dream of a place in the final, but she will need to pick up two more points than her compatriot Nadine Mueller if she is to break into the top eight. With both women facing each other in Birmingham, it may come down to who throws furthest at the Alexander Stadium.

The men's shot put final is all but set in stone, with just two places up for grabs ahead of the final qualifying meeting in Paris.

Darlan Romani tops the standings after third-place finishes in Doha and Rome and victory in Stanford, while Ryan Crouser's victory in Doha and plenty of podium finishes for the likes of former Diamond Trophy winners Tom Walsh and Darrell Hill mean they too have reached the final as expected.

Despite his astounding performance in Rome, Konrad Bukowiecki still hasn't officially qualified, but with a six-point gap between him and the non-qualifying spots, the Pole should be a reasonably safe bet for the final.

That leaves just one spot open, currently occupied by the Czech Republic's Tomas Stanek. Just a point or two adrift of qualification, the likes of O'Dayne Richards and Tim Nedow could both still overtake Stanek.