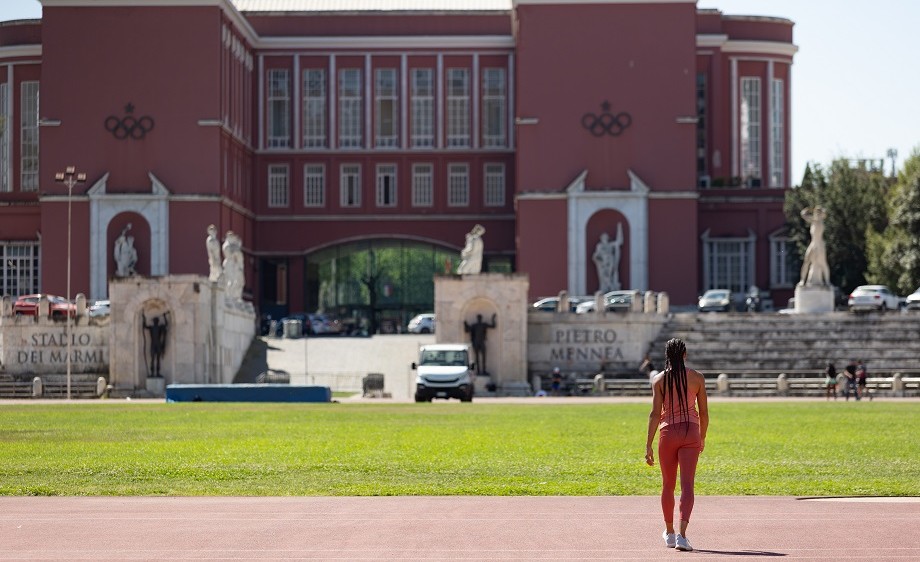 From Neeraj Chopra in Lausanne to Athing Mu in Rome, find out how the biggest names on the Wanda Diamond League circuit prepared for their competitions at training this summer.

Headphones on, head down, hit the track. That's the routine for most athletes on the day before a Wanda Diamond League meeting. In 2022, training diaries once again caught up with some of the sport's biggest stars to find out how they prepare for the toughest meetings of the summer calendar.

Yohan Blake still holds the Diamond League records in both the 100m and 200m, and the Jamaican star returned to the circuit in Birmingham at the start of the season with a second-place finish behind Canada's Aaron Brown. US long jumper Tara Davis was next in front of the cameras ahead of the Prefontaine Classic in Eugene, while Japan's Abdul Hakim Sani Brown also took to the training track ahead of his 100m Diamond League debut in Oslo.

Olympic 800m champion Athing Mu made her first ever overseas Diamond League appearance in Rome, and she looked cool as a cucumber as she prepared for victory against the breathtaking backdrop of the Stadio dei Marmi.

Norwegian fans were denied the delights of their own home hero Karsten Warholm in Oslo, but they did get the next best thing in the 400m hurdles as Alison Dos Santos to his third of seven wins in Warholm's absence, warming up under an overcast sky at the Bislett Stadium.

Valarie Allman charged to a dominant defence of her Diamond Trophy in the women's discus this season, losing only one competition in Oslo to Croatia's Sandra Perkovic. Training diaries caught up with her a few days after that defeat as she bounced back with another win in Paris.

Olympic 100m champion Marcell Jacobs began his session on the massage bed in Stockholm as he continued to struggle with injury this season, while American 800m star Bryce Hoppel and Jamaica's 110m hurdles Olympic champion Hansle Parchment also gave us a sneak peek into their warm-up routines in August.

Indian javelin star Neeraj Chopra donned oversized headphones to get in the zone ahead of his first ever Diamond League win in Lausanne, a victory which would put him on course to become the first Indian ever to win the Diamond Trophy.

In Brussels, Chris Nilsen showed us how hurdles can help a pole vaulter and in Zurich, American hurdler Trey Cunningham gave us an insight into how the very best prepare for the Wanda Diamond League Final at the track in the Letzigrund Stadium.