Vuleta, Mihambo and Stahl take to the field in Rome 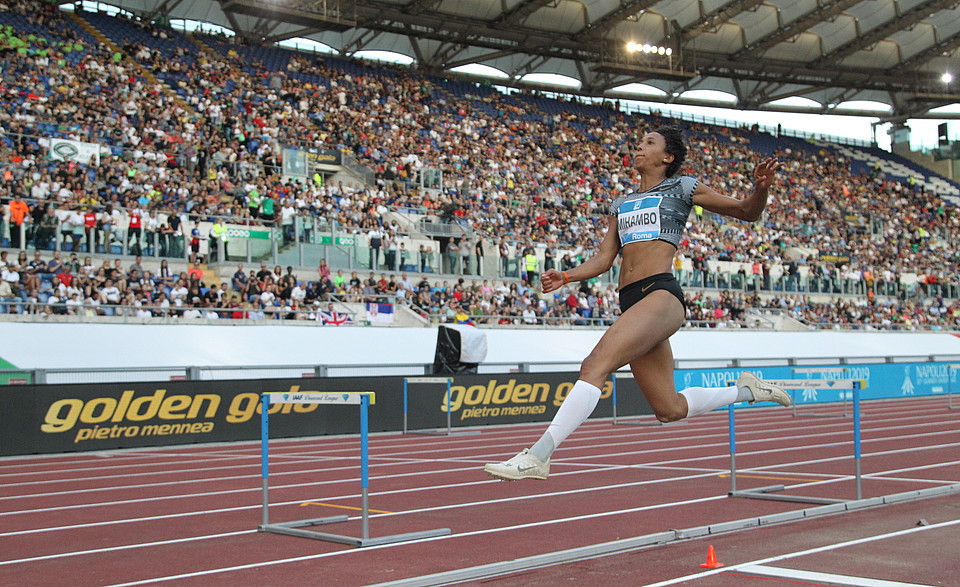 Malaika Mihambo (GER) set a World Lead of 7.07m (PB) in the Women's Long Jump at the 2019 Golden Gala Pietro Mennea in Rome

The field events at the fifth Wanda Diamond League meeting of the season in Rome on June 9th will feature Olympic discus champion Daniel Stahl and a head-to-head between Olympic champion Malaika Mihambo and Diamond League champion Ivana Vuleta in the women's long jump.

Olympic champion Malaika Mihambo will face reigning Wanda Diamond League champion Ivana Vuleta in a clash of the titans in the women's long jump at the Pietro Mennea Golden Gala in Rome on June 9th.

2019 Diamond League champion Mihambo has dominated the women’s long jump in recent years completing the hat-trick with the Olympic gold medal in Tokyo following her European Championship gold medal in Berlin 2018 and the World Championship title in Doha 2019, when she set a PB of 7.30m. The German returns to the Golden Gala after her second place in Florence last year and her win three years ago in the Rome Olympic Stadium with 7.07m, one of the best jumps of her career.

Vuleta, who recently defended her World Indoor Championship gold medal on home soil in Belgrade, is the Diamond Trophy holder after claiming her third series title in Zurich last year.

The two champions will be joined by Maryna Bekh-Romanchuk, who also won the world silver medal in the long jump in Doha, Sweden's Khaddi Sagnia, Jazmin Sawyers from Great Britain and Chantel Malone from British Virgin Islands. The crowd in the Olympic Stadium will cheer for Italian long jump star Larissa Iapichino, rising star of Italian athletics and world U-20 record holder with her 6.91m mark set last year.

In the men's discus, Sweden's Daniel Stahl will take on a star-studded field in Rome as he battles to claim the Diamond Trophy for a third season in a row in 2022.

Reigning world and Olympic champion Stahl will take on compatriot Simon Pettersson and Austrian Lukas Weisshaidinger in a repeat of last year's podium in Tokyo, while Fedrick Dacres, Andrius Gudzius and Kristjan Ceh make up a line-up packed with the best of the discipline.