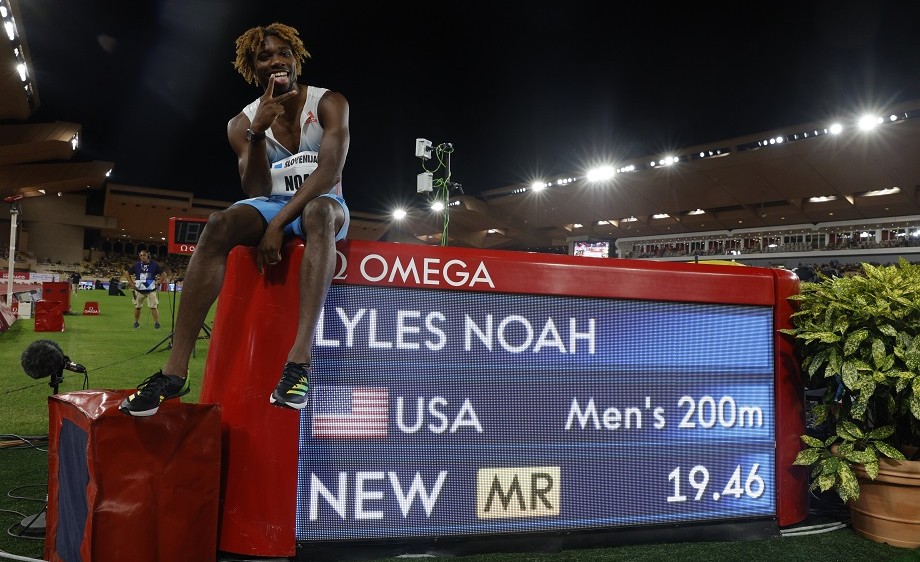 The 2022 season saw a surge in participation, a flurry of area and series records and a first ever Diamond League title for countries such as India and Morocco.

The Wanda Diamond League returned for its 13th season in 2022, taking place over 13 meetings from May to September. Yet it proved to be anything but an inauspicious year as the series celebrated another thrilling summer of athletics action. Here's a look back at the year in numbers.

Phileas Fogg may have made it around the world in 80 days, but the Wanda Diamond League had to settle for 118. Starting in Doha on May 13th, the series travelled to four different continents and 12 different countries as the biggest stars of world athletics battled it out for a place in the final. Among the stops were series stalwarts such as Monaco, Brussels and Oslo, but also a new addition in Silesia, which hosted the first ever Diamond League meeting on Polish soil.

It was also a truly global series in terms of participation. A total of 1084 athletes (555 male, 529 female) from 88 different countries took part in the Diamond League in 2022, almost 200 more than in the previous season.

There were 146 winners of individual events, hailing from 48 different countries, while the 32 Diamond League Champions encompassed 21 different nationalities.

Poland was not the only country to make a Diamond League debut in 2022. There were also several nations who picked up their first ever win and their first ever title in athletics' most prestigious one-day series.

Neeraj Chopra also made national history in the men's javelin, becoming the first Indian to win a Diamond League meeting with victory in Lausanne and the first to win the Diamond Trophy with a win in Zurich a few weeks later.

Slovenia also celebrated their first title as Kristjan Ceh stormed to a perfect record of five wins in five in the men's discus, while Marileidy Paulino became the first ever Diamond League champion from the Dominican Republic in the women's 400m.

More than ever in 2022, the Wanda Diamond League proved itself to be the series where the world's best set the standard for elite track and field. No less than 51 world leads were set on the circuit this year in 16 men's and 14 women's events.

There was also the usual flood of historic performances, with 55 new national records set by athletes from 29 different countries. These included Faith Kipyegon's Kenyan record of 3:50.37 in the women's 1500m in Monaco and Jakob Ingebrigtsen's 3:46.46 Norwegian record on home soil in the men's mile in Oslo.

Area records also fell like flies in 2022, as seven new marks were set across three different areas and five different disciplines. Highlights included Marie-Josée Ta Lou's African record of 10.72 in the women's 100m in Monaco and Tobi Amusan's African record of 12.41 in the women's 100m hurdles in Paris, a mark she later bettered with her world record at the World Athletics Championships in Oregon.

Many athletes also made series history, with a total of 10 Diamond League records broken in the course of 2022. Seven of them came in points-scoring events, including Joe Kovacs title-winning throw of 23.23m in the men's shot put and Michael Norman's staggering 43.60 in the men's 400m in Eugene.