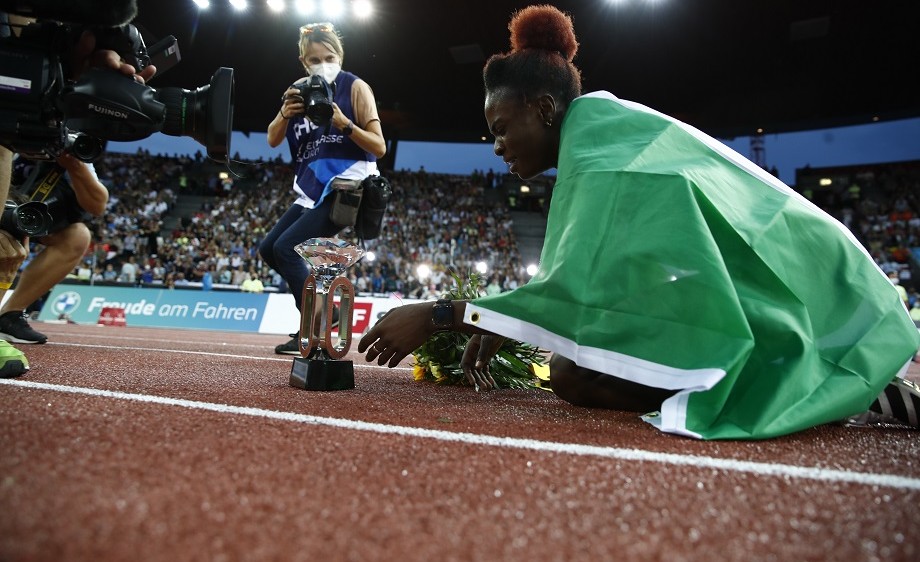 The entry lists for the Wanda Diamond League Final in Zurich have now been confirmed, with Noah Lyles, Shelly-Ann Fraser-Pryce and Tobi Amusan among those competing for the Diamond Trophy.

After four months and 12 meetings, the Wanda Diamond League reaches its climax this Wednesday and Thursday as the world's best athletes battle it out for the prestigious Diamond Trophy at the series final at Weltklasse Zurich.

All 32 Wanda Diamond League champions will be crowned this week, with six finals taking place at a city event at Zurich's iconic Sechseläutenplatz on Wednesday evening before the remaining 26 make up a bumper programme at the Letzigrund Stadium on Thursday.

The entry lists for the season finale have now been published, with a whole host of world and Olympic champions hoping to secure the last global title of the summer season.

Jackson will be aiming for a Diamond Trophy double as she also lines up in the 200m, an event which will also see Americans Noah Lyles and Erriyon Knighton go head to head in the men's race.

In the women's 100m hurdles, reigning world and Diamond League champion Tobi Amusan will be favourite to take the title, while Sweden's pole vault world record holder Mondo Duplantis will also be defending his title in the men's pole vault.

Norwegian middle and long distance star Jakob Ingebrigtsen is hoping to get his hands on the Diamond Trophy for the first time in the men's 1500m, while Ukrainian star Yaroslava Mahuchikh is out to bounce back from World Championships disappointment with her first Diamond League title in the women's high jump.