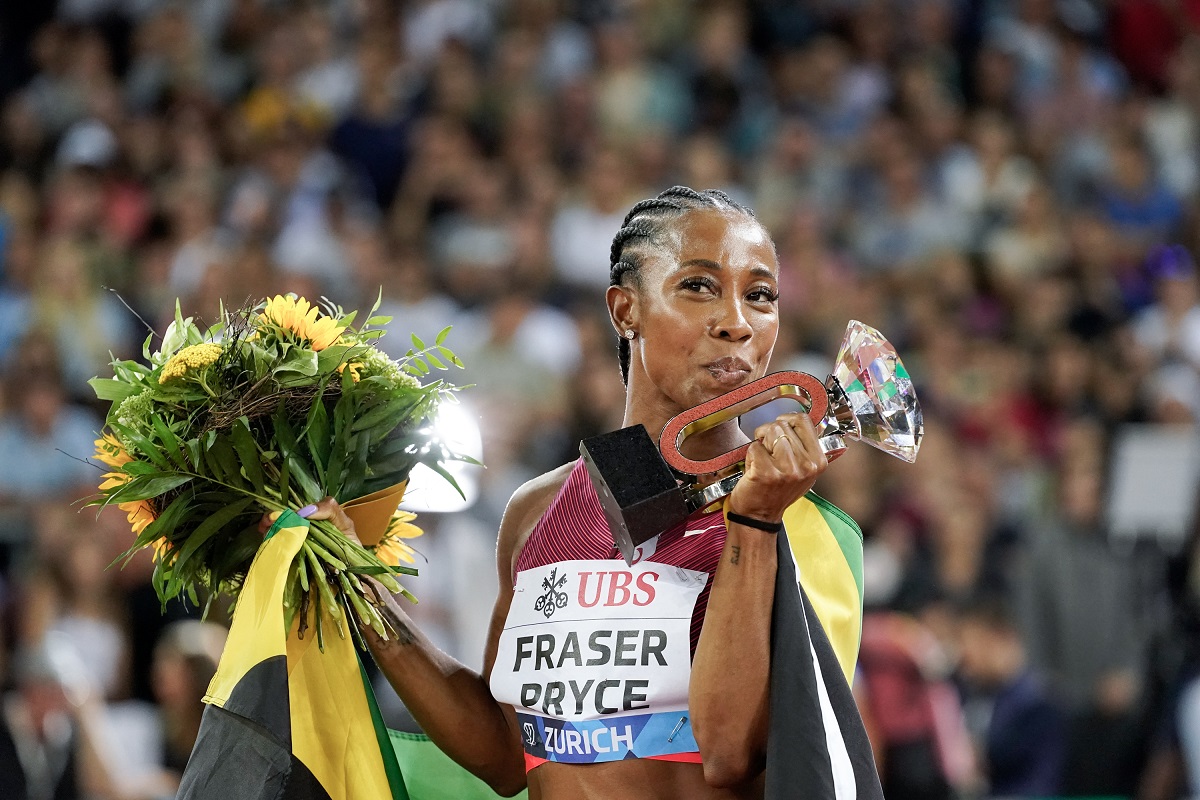 From Shelly-Ann Fraser-Pryce's fifth Diamond Trophy to Joe Kovacs' series record, there were plenty of memorable moments in the 2022 Wanda Diamond League Final in Zurich.

The 13th Wanda Diamond League Final was one of the most dramatic yet, with 32 champions crowned across two days of exhilarating athletics action in Zurich last week.

As the dust settles on a memorable Diamond League season, we take a look back at some of the highlights of the season finale.

Italian high jumper Gianmarco Tamberi held on to his title after a nail-biting battle with Juvaughn Harrison in the men's high jump.

It wasn't just familiar faces on the winners' podium this year though, with 19 athletes winning the Diamond Trophy for the first time in their career.

They included Ukrainian high jumper Yaroslava Mahuchikh, who dedicated her victory to her compatriots, and Norwegian 1500m star Jakob Ingebrigtsen, who finally added the Diamond Trophy to his glistening array of titles.

Neeraj Chopra also became the first Indian athlete ever to win the Diamond Trophy in the men's javelin, while Alison Dos Santos became only the second Brazilian champion in Diamond League history with his victory in the 400m hurdles.

There were also a few veteran campaigners who showed that experience is no barrier as they regained the Diamond Trophy after several years without it.

Kirani James, meanwhile, won the second Diamond Trophy of his career in the men's 400m, a full 11 years after his first tile back in 2011.

The Wanda Diamond League Final being a showcase of the world's finest athletes and most consistent performers of 2022, there were also plenty of records broken in Zurich.

Duplantis and Tobi Amusan both broke meeting records on the way to their titles, while Noah Lyles broke a 10-year-old meeting record previously held by Usain Bolt with his triumph in the 200m.

US shot putter Joe Kovacs, meanwhile, smashed the Diamond League record with 23.23m as he claimed his first Diamond Trophy since 2015.