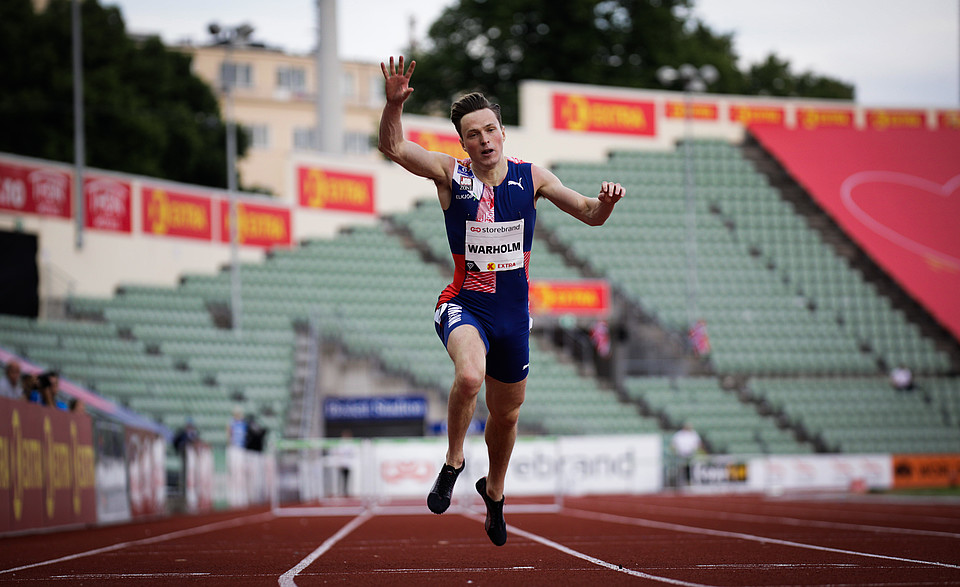 Karsten Warholm and Jakob Ingebrigtsen will both compete in front of their home crowd at the fourth Wanda Diamond League meeting of the season in Oslo on July 1st.

Both Karsten Warholm and Jakob Ingebrigtsen will be looking to do something special in front of their own fans when they compete in Oslo next month.

Reigning Diamond League champion and undisputed king of the 400m hurdles in recent years, Warholm left his own 300m hurdles world best in tatters when he last competed at the Bislett Stadium at last year's exhibition event.

The 25-year-old makes his first Diamond League appearance of the season on home turf on July 1st, and will be out to set off more fireworks in front of the home crowd.

Fellow Norwegian Jakob Ingebrigtsen will also be counting on home advantage as he looks to get another eight points on the board when he takes on the likes of Marcin Lewandowski, Stewart McSweyn and Ronald Musagala in the mile.

Having cruised to an opening day win in the 1500m in Gateshead, Ingebrigtsen then sensationally broke the European record with 12:48.45 in Rome earlier this month.

At just 20 years of age, he has already broken three European records and picked up two European Championship gold medals, and he will be out to win his first ever Diamond Trophy in 2021.