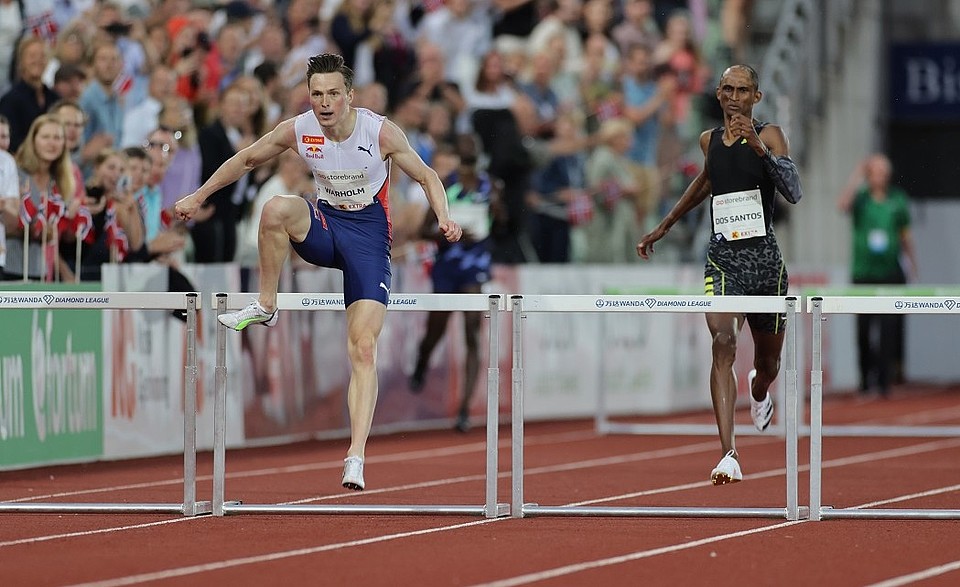 Karsten Warholm and Elaine Thompson are among the Tokyo Olympic medallists who are set to compete in the penultimate Wanda Diamond League meeting of the season in Brussels.

World record holder and Olympic champion Karsten Warholm will be one of a host of Tokyo medallists and international superstars who return to Wanda Diamond League action at the Allianz Memorial Van Damme in Brussels on September 3rd.

Warholm, who broke the world record at the Oslo Diamond League in July before breaking it again to win Olympic gold in Tokyo, will headline the first 400m hurdles at the Brussels Diamond League since 2015, taking on the likes of Alison Dos Santos, Kyron McMaster and Abderrahman Samba in the Belgian capital.

The Norwegian will be out to nail down his place in the Diamond League Final, where he hopes to defend his Diamond Trophy and crown a successful Olympic year with another international title.

The women's 200m will be an equally star-studded affair, with double Olympic champion Elaine Thompson looking to pick up from where she left off in Tokyo.

Yet the Jamaican will face stern competition from compatriot and Tokyo bronze medallist Shericka Jackson, Olympic finalist Marie-Josée Ta Lou and a handful of sprinters who have a point to prove after Olympic disappointment this summer.

The USA's Sha'Carri Richardson did not take part in the Games, while Great Britain's Dina Asher-Smith was forced to pull out through injury. Both will be looking to return to the highest level of track and field with a bang at the Brussels Diamond League.

Triple Tokyo medallist and reigning 5000m Diamond League and Olympic champion Sifan Hassan will also be in action in Brussels as she looks to attack the 10,000m world record in a non-Diamond League event, while Olympic silver medallist Hellen Obiri will line up in the 5000m.

There will also be medallists galore in the women's high jump, as all three podium finishers in Tokyo aim to lock down their place in the Wanda Diamond League final by competing in Brussels. Mariya Lasitskene, Nicola McDermott and Yaroslava Mahuchikh will take on the likes of Yuliya Levchenko and Belgian star Nafi Thiam.

Click here for more information on the Brussels Diamond League.