Warholm on the Warpath in 2020 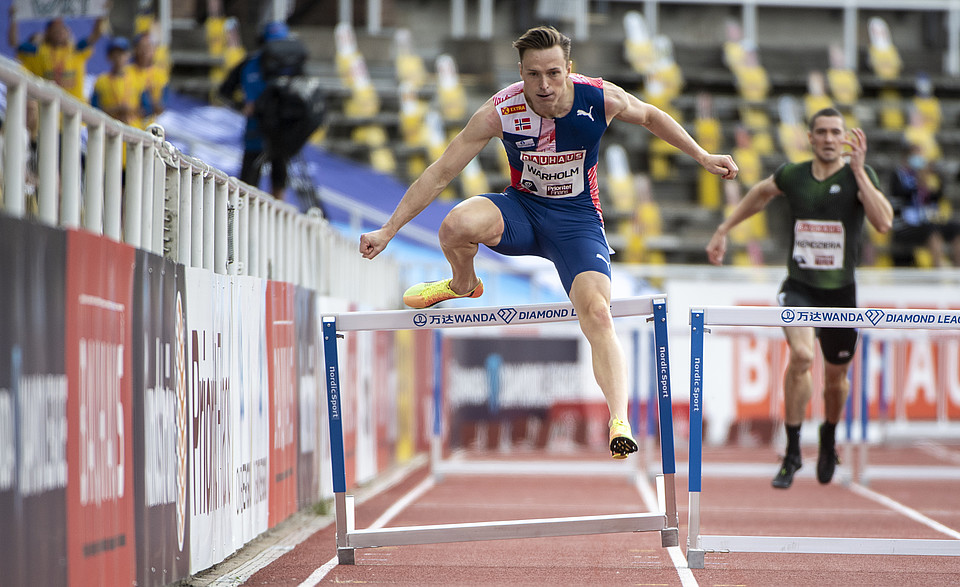 Karsten Warholm's unstoppable rise to superstardom continued in 2020, as the Norwegian continued to snap at the heels of the 400m hurdles world record. Catch up with all of his finest performances this year from 20.00 CET on Sunday.

Karsten Warholm established himself as king of the 400m hurdles at the end of 2019, clocking a European and Diamond League record of 46.92 to claim a jaw-dropping victory over rival Rai Benjamin and win the Diamond League Final in Zurich.

After successfully defendeing his world championship title in Doha a few weeks later, the Norwegian looked set to make history in 2020 with a shot at Olympic gold and the world record within reach.

Even the coronavirus pandemic couldn't force Warholm to break his stride this year, as the one-lap wonder rampaged to victory after victory in the Wanda Diamond League and moved milliseconds closer to being the fastest 400m hurdler in history.

From his world-best beating solo run over 300m hurdles to his new European and Diamond League record in Stockholm, we've collated some of Warholm's finest performances this season in a clip which will premiere on YouTube at 20.00 CET (GMT+1) on Sunday evening.