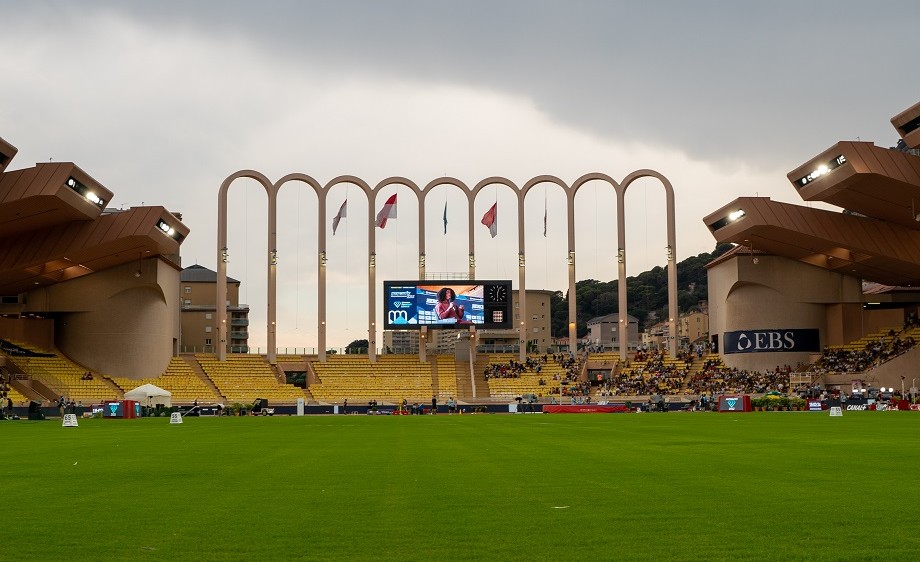 Another look at the host stadiums on the Wanda Diamond League circuit, from the iconic arches of Monaco's Stade Louis II to Stockholm's century-old Olympic stadium.

This summer, the world's finest athletes will compete in 15 different cities across Africa, Asia, Europe and North America as they bid to qualify for the Wanda Diamond League Final in Eugene and a shot at the prestigious Diamond Trophy.

The Road to the Final gives the stars of track and field the chance to compete at some of the sport's greatest venues. From iconic arenas soaked in Olympic and athletics history to state-of-the-art, modern mega-stadiums, every Diamond League venue has its own unique character and its own stories of world-beating performances.

So as the clock ticks down to the season launch at Doha's Qatar Sports Club in May, here's a whistlestop tour of the 15 stadiums set to stage athletics' greatest one-day series in 2023.

The home of Athletissima meeting, the Stade de la Pontaise sits in the north of Lausanne, just ten minutes drive from Olympic House and the Olympic Museum. Built for the 1954 FIFA World Cup, it still hosts football, with the second-tier Swiss club Stade Lausanne Ouchy playing their home games here. Yet it is in the summer months, when the Wanda Diamond League comes to town, that the Pontaise celebrates its biggest global event. Athletissima regularly attracts thousands of fans to the north of Lausanne, and has played host to countless unforgettable Diamond League moments, including Yohan Blake's breathtaking 9.69 in the men's 100m in 2012, a series record which still stands over ten years later.

Stockholm's Olympic stadium is one of the of the oldest stadiums on the Diamond League circuit. Known simply as "Stadion" in its home city, the magnificent brick building with its detailed reliefs, two square towers and wooden seats hark back to a simpler time in international sport. When it hosted the Games in 1912, the events on show in the stadium included tug of war and wrestling as well as athletics and football. Yet the stadium is also a firm favourite for modern sporting superstars. Local pole vault hero Mondo Duplantis said last year that the Bauhaus Galan was one of the most important competitions of the year for him, while 400m hurdles Diamond League champion Femke Bol admitted that Stockholm is her favourite Diamond League meeting.

The Silesian Stadium hosted its first Wanda Diamond League meeting last August, an event which saw a string of meeting records broken by the likes of Mondo Duplantis and Shelly-Ann Fraser-Pryce and emphatically announced the arrival of Memorial Kamila Skolimowska in athletics' biggest one-day series. The meeting is now a full Wanda Diamond League member, and will once again welcome the world's best stars to Poland in 2023. Originally built in the 1950s, the stadium was for a long time seen as the home ground of Poland's national football team. It re-opened in its current form after renovation in 2017, and has only recently been able to host athletics events, after the speedway track which used to encircle the football pitch was replaced with a running track. It can already boast an impressive track-and-field pedigree, however: as well as an annual Diamond League meeting, it is also set to host the 2028 European Athletics Championships.

With its nine towering arches, the Stade Louis II is one of the most instantly recognisable stadiums on the Diamond League circuit, and is one of only a few stadiums to have hosted a WDL meeting in every single year since 2010 - including 2020. Originally opened in 1939 and named after the then Prince of Monaco, it was reimagined in its current form in the early 1980s. Athletes speak in hushed tones of the speed of the stadium's track, something which is also borne out in the results and statistics. No Diamond League meeting has seen more world records broken than Herculis, which can boast no less than four since Genzebe Dibaba broke the 1500m world record in 2015. Dibaba was later joined on the honours list by 3000m steeplechaser Beatrice Chepkoech (2018), miler Sifan Hassan (2019) and 5000m star Joshua Cheptegei (5000m).

The London Stadium returns to the Wanda Diamond League circuit for the first time since 2019 this summer, with the British event finally returning to the capital after three years away on July 23rd. Originally used for the London Olympics in 2012, it was renovated after the Games and now hosts Premier League club West Ham United. The triangular floodlights now point downwards rather than up, but the track-and-field stardust which was set down here 11 years ago has stood the test of time. In 2012, it joined the prestigious list of WDL stadiums to have hosted a world record, when Keni Harrison stormed to 12.20 in the women's 100m hurdles.