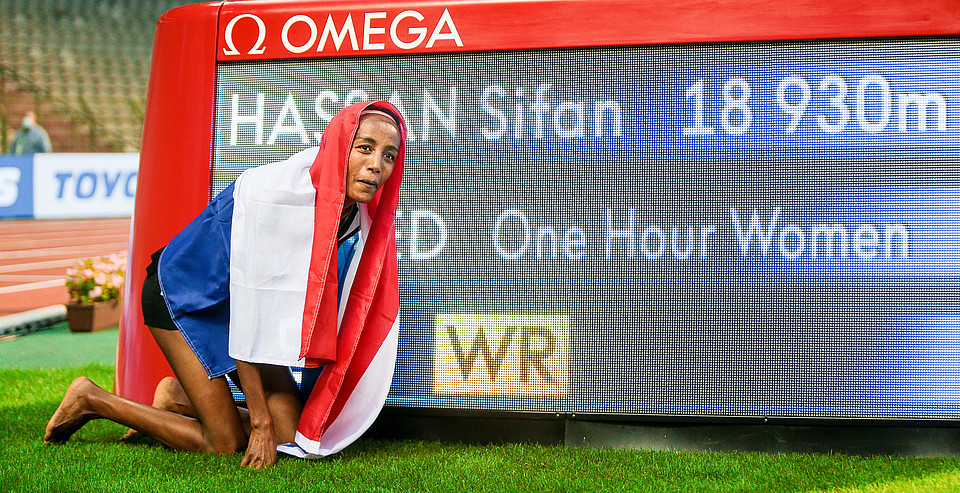 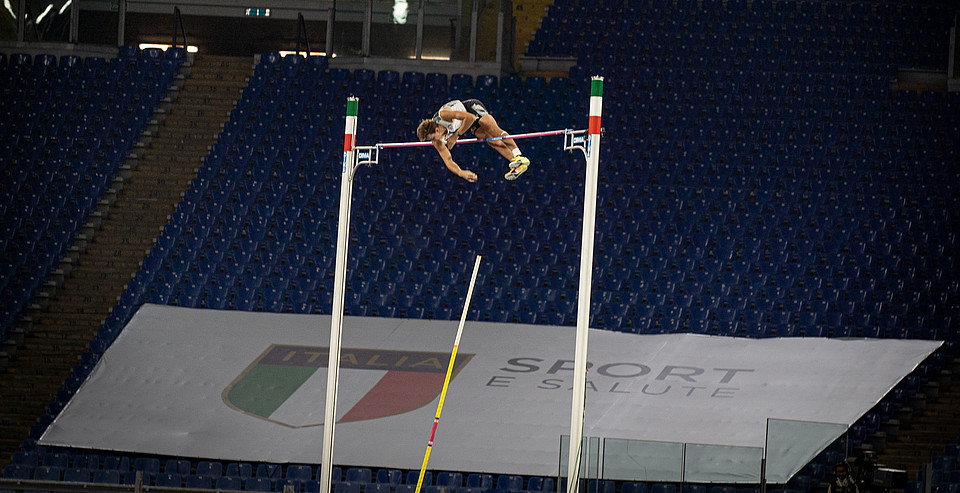 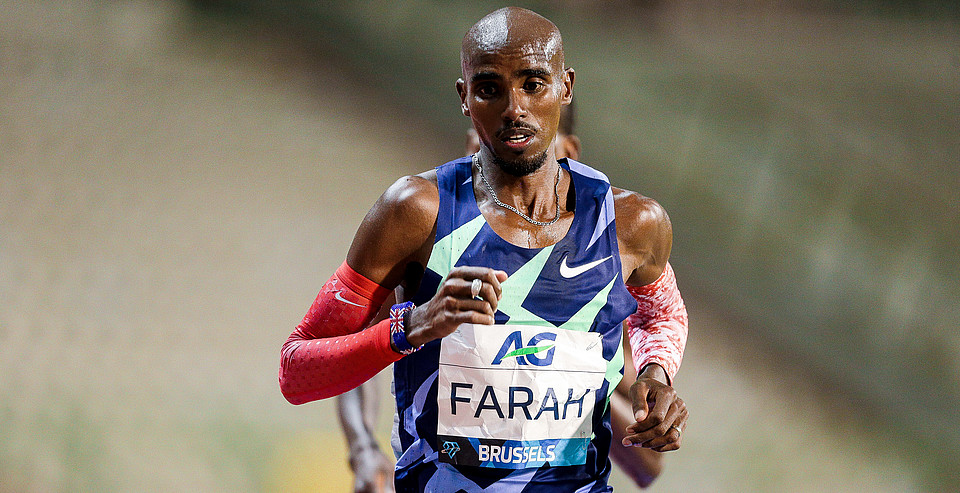 The second part of our 2020 review takes you back to the Wanda Diamond League action in Lausanne, Brussels, Rome and Doha, including world-beating performances from Mo Farah and Mondo Duplantis.

In part one of our season review, we looked back at the first four events of 2020, from the Impossible Games in Oslo to the BAUHAUS Galan in Stockholm.

The second half of the season was equally dramatic, with stars such as Mo Farah, Sifan Hassan and Mondo Duplantis making history in two exhibition events and two fully competitive Wanda Diamond League meetings.

So from a pole vault bonanza in Lausanne to a sparkling season finale in Doha, here's a look back at the best moments from the September meetings.

The coronavirus pandemic meant that Lausanne's Athletissima meeting was reduced to a pole vault competition on the shores of Lake Geneva this year, but what a competition it was.

Sweden's Angelica Bengtsson edged out home hero Angelica Moser and Great Britain's Holly Bradshaw in the women's event, finishing as the only woman to clear 4.72m.

Yet it was the men who really stole the show, as world champion Sam Kendricks and world record holder Mondo Duplantis slugged it out in an enthralling competition which saw both men clear the six-metre mark.

While Kendricks bowed out at a thoroughly respectable 6.02m, Duplantis continued his astonishing run of form to finish at an incredible height of 6.07m. It was not only a new Diamond League record, but also the highest any athlete had jumped outdoors in 26 years.

Having soared over that milestone, the Swedish-American star then had just one attempt at the world outdoor best of 6.15m, before calling it a day. History had been made, but eternity would have to wait another few weeks.

Just days after Duplantis' heroics in Lausanne, there was more history made at the fourth and final WDL exhibition event of the season at an unusual AG Memorial Van Damme in Brussels.

Both Mo Farah and Sifan Hassan set out to break the One Hour world record in the Belgian capital, and both, being champions, delivered the goods.

Competing on the track for the first time since his Diamond Trophy winning swansong in Zurich three years earlier, Farah ran an astonishing 21,333 metres in his 60 minutes, beating a 13-year-old world record previously held by Haile Gebrselassie.

Hassan's effort was equally as impressive, as the Dutch superstar broke a world record at a Diamond League meeting for the second successive year with 18,930 metres in her one-hour slot.

Elsewhere, Faith Kipyegon narrowly missed out on the 1000m world record, while Duplantis cleared six metres yet again, only to fall short of the elusive 6.15m one more time.

There may have been no spectators, but the action on the track at the penultimate Wanda Diamond League meeting of the season in Rome more than made up for it.

In the 3000m, Uganda's Jacob Kiplimo edged Norway's Jakob Ingebrigtsen in a thrilling battle, with both men setting new national records in the process. Jamaican sprint star Elaine Thompson set a world lead on her first European appearance of the season, while Karsten Warholm tore up the track again to clock the third-fastest 400m hurdles time of his career with 47.06.

Yet the night belonged unquestionably to one man in particular. Having searched the globe for his elusive outdoor world best, Mondo Duplantis finally crowned himself king in the eternal city. After several failed attempts in the course of the season, the young star finally cleared 6.15m in Rome, meaning he now holds not only the official world record of 6.18m, but also the highest jump ever recorded outdoors.

“I hit the mat but I haven’t really fallen back to earth,” he beamed later. “There was kind of this confusion between the indoor and outdoor record – it’s kind of merged. I already had the world record but I wanted to clear everything up and be the best outdoor.”

After a rollercoaster ride of cancellations, innovations and world records, the 2020 season came to a fantastic finish in Doha at the end of last month.

Kenyan long distance legend Hellen Obiri stole the show with a world lead of 8:22.54 in the women's 3000m, her second best time ever in the distance.

Her compatriot Faith Kipyegon, meanwhile, set a new personal best in the 800m, while Maryna Bekh-Romanchuk crowned a fabulous year in the jumps for Ukraine as she leapt 6.91m in the Final Three to take victory in the women's long jump.

It was Stewart McSweyn, though, who arguably went home with the biggest smile on his face. The Australian clocked 3:30.51 in the 1500m, shaving half a second off Ryan Gregson's previous best to set a new national record.